Cast Iron Cauldron with No Lid 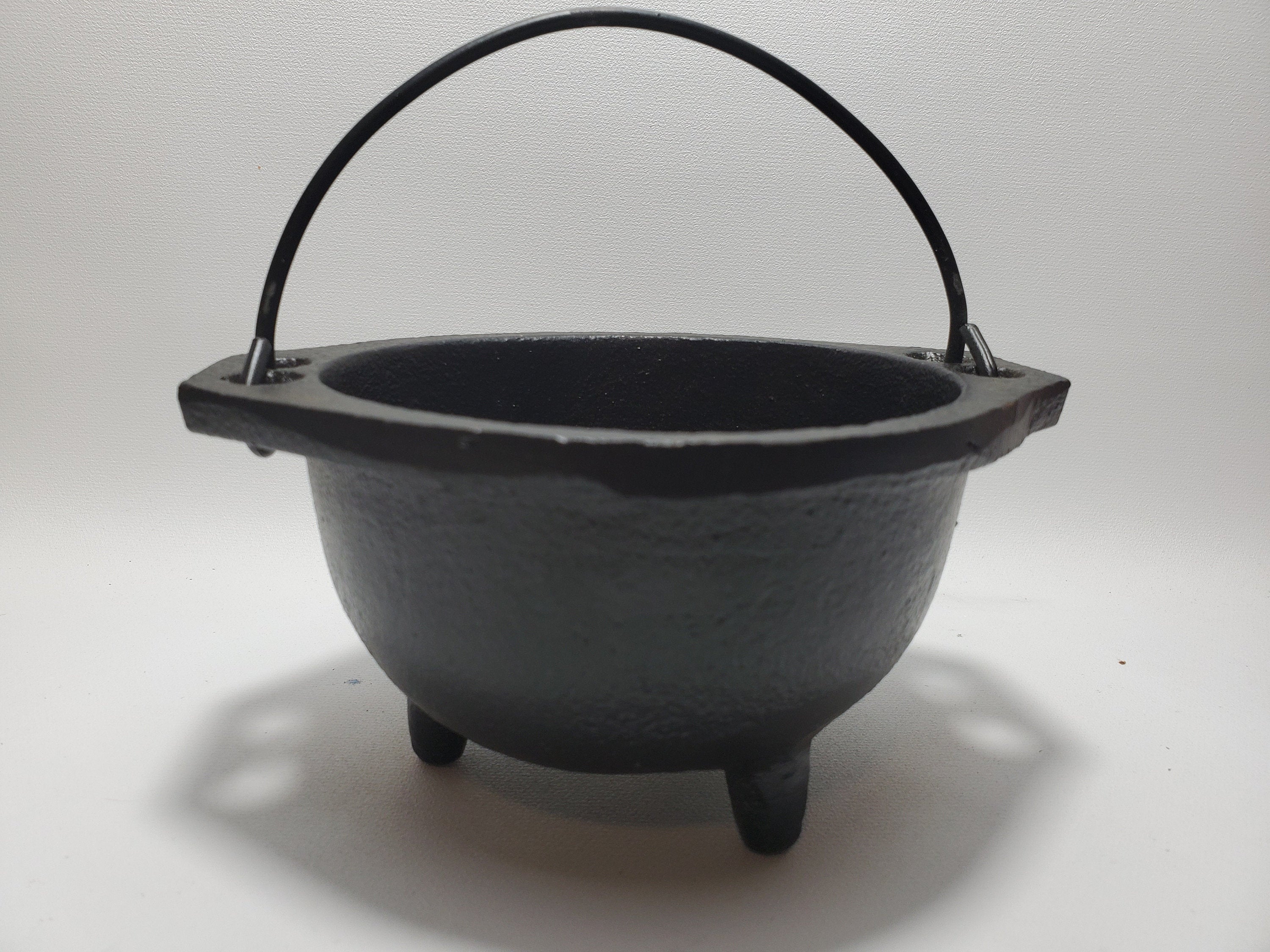 This black cast iron cauldron is a slightly larger plain black cauldron with no lid. It is approximately 6" from handle edge to handle edge, about 4 1/8" inside edge to inside edge. It is around 3" tall.

The color black relates to the hidden, the secretive, and the unknown, and as a result, it creates an air of mystery. It keeps things bottled up inside, hidden from In color psychology. This color gives protection from external emotional stress.

Black - Creates a barrier between itself and the outside world, comforting while protecting emotions and feelings, hiding its vulnerabilities, insecurities, and lack of self-confidence. Black is the absorption of all colors and the absence of light. Black hides, while white brings things to light. What black covers, white uncovers.

In old Scotland, iron was used to avert danger when a death had occurred in the house. Iron nails or knitting needles were thrust into every item of food--cheese, grain, meat, and so on-- to act as a lightning rod, attracting the confusing vibrations that death may arouse within the living and thus sparing the food from contamination.Cast Iron was once the most durable metal known to man, reflected in mythology and folklore. Thor's hammer Mjolnir was forged of iron, and even in the Norse myths, iron's legendary heat retention properties were demonstrated: the hammer would become so hot when thrown, Thor wore iron gloves to protect his hands. The legendary strength and durability of iron make it a natural component in protection spells. Many a witch obtains iron items, such as antique keys, padlocks, or spikes, and places them by the door of their home to keep out poltergeists and other unwanted spiritual visitors.

This Black Cast Iron Cauldron is a must-have for your ritual space.