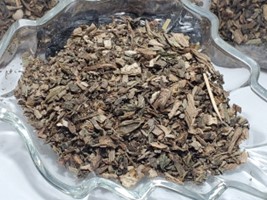 Milk thistle is thought to reduce damage to the liver caused by free radicals. Milk Thistle has been used to remedy neurological conditions like Alzheimer's and Parkinson's disease for over two thousand years. The anti-inflammatory and antioxidant properties are neuroprotective and may help prevent brain function decline due to aging. Milk thistle has been shown in experimental test-tube and animal studies to stimulate bone mineralization and potentially be protective against bone loss. It has been suggested that the antioxidant effects of silymarin may have anticancer effects. Due to the antioxidant and anti-inflammatory effects, milk thistle may be helpful for people with acne. Milk thistle may be a complementary therapy to help manage type 2 diabetes. It was discovered that a compound in milk thistle might work like some diabetic medications; by helping improve insulin sensitivity and decrease blood sugars.

Thistle is associated with aggressiveness, pain, protection, and pride. Since thistle is defined as both a flower and a weed, the exact inference of the bloom can extend from less positive symbolism such as poverty and weakness to qualities of might and brilliance. Milk-thistle is used for protection and to dispel the negative daemons of gloom and doom. It attracts good spirits and fights off all evil influences. Suggested by its name before becoming associated with the Virgin Mary, it belonged to the Great Goddess.

Some practices use Milk Thistle to enhance and renew vitality, this is done by leaving Milk Thistle in a bowl - in a common room to be in - or carried on a person. Some say that the Milk Thistle is associated to Thor from the Norse pantheon.