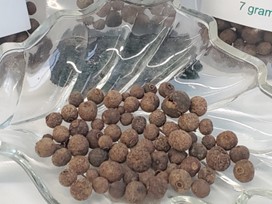 Magickal and Metaphysical Uses of Allspice

For use of Allspice Whole outside the kitchen, using a green sachet, fill it with some Allspice Whole. Carry it in your purse or pocket to attract wealth. You can also place some in the corners of your home or business to bring success to your place of work.

Allspice Whole has also been used in witch magic to relieve mental tension and create a sense of peace and quiet.

Allspice Whole is considered masculine and is associated with the planet Mars and the element of Fire. It is thought that Fire is where allspice gains its strength to provide you with protection, build your courage, and help you make positive changes. It can also help increase your determination to complete a goal. Some prosperity sachets contain Allspice Whole and other herbs such as Cinnamon or Nutmeg along with at least one stone of luck such as Jade,  Golden Tiger's Eye or even a Pyrite.

Allspice Whole could be considered a must have for any Kitchen Witch, with Allspice, Whole having so many options for being added to foods and spell uses. Some of the spells that a Kitchen Witch could use Allspice, Whole for are boosting the courage and determination of those enjoying the meal. Offerings to the Element of Fire using Allspice, Whole can be performed to acheive a better connection with  Fire Energy.

When used in a ritual bath Allspice Whole has been used for protection before trips.

From what has been found in Mexico, the Mayans would use Allspice Whole to assist with the embalming of the deceased.