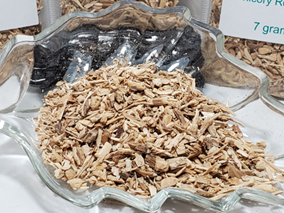 Chicory Root Raw is said to promote a more positive outlook while increasing a person's sense of humor. Chicory Root Raw can be used in casting curses (while we don't encourage this, we each walk our own path) and hexes on others.