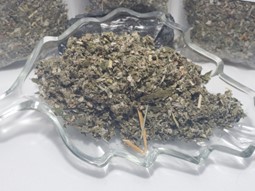 Raspberry's red color is like that of blood and is very potent in love-inducing magic. They can be used to strengthen and bring good fortune to marriage and are said to ensure faithfulness. Bathe in raspberry or raspberry leaves is said to keep a lover from straying and serves to encourage love.

Raspberries have been used to protect against defiant spirits and souls. Branches hung on doors and windows will reinforce this protection. Raspberry growing near the home is said to provide protection. When someone has died, hang raspberry branches on the door to discourage the spirit from entering the house. This way, they can transition easily into the next world.

Raspberry Leaf and fruit can be dried and made into an herbal amulet to strengthen the reproductive organs and protect pregnancy.

Steeping Raspberry Leaf in wine and serving the beverage to a lover will strengthen the relationship. Include raspberries in love-inducing foods and dishes to heighten attraction and arousal between lovers.

We strongly recommend discussing herbal remedies with a doctor before begining any self treatments.