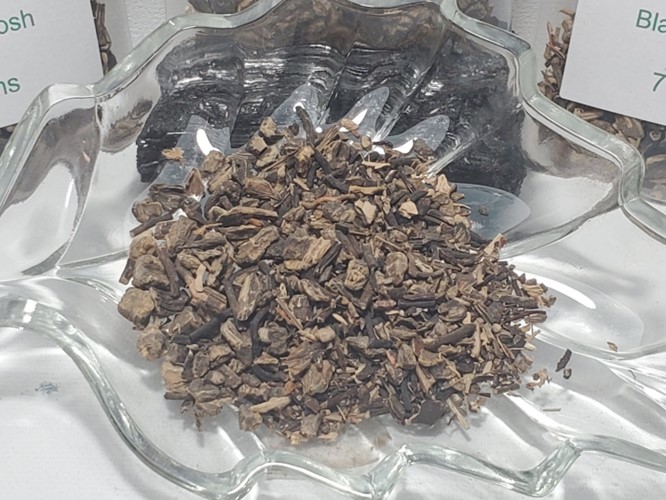 Historically it's been used to treat hot flashes and other menopausal symptoms. Black cohosh (cimicifuga racemosa) is native North American and has been used for thousands of years by Native Americans to treat women's health issues. Research has found that black cohosh effectively alleviates the physical and psychological symptoms of menopause, including anxiety, vaginal dryness, and hot flashes. Other studies have shown that the herb helps treat premenstrual issues due to hormonal changes, including irritability and depression. It has been used as an alternative to hormone replacement therapy. In some studies, it has been suggested that the herb acts similar to phytoestrogen. Binding the receptors of estrogen urging the release of pituitary hormones.

Black Cohosh can also be used for rheumatism, lung conditions, and neurological conditions.

Do not confuse black cohosh with blue cohosh; they are pretty different, and blue cohosh is much more toxic.

Should not be used for more than six months at a time.

Black Cohosh is a powerful cleanser of all impurities. It is known as the 'great balancer,' used as a herbal remedy to heal and balance female disorders, assist with child labor, and is an essential remedy for menopause.