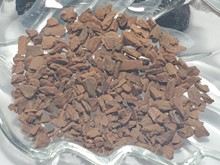 Metaphysical Properties of Cinnamon Chips at a Glance

Use it to bless sacred space, anoint magic tools by burning some in a cauldron or other heat-resistant containers like smudging.

Here are a few of the numerous uses for Cinnamon.

Healing: it can be burned or mixed into tea and drank.

Home Protection: Place a broom of Cinnamon by the front door, or you can place Cinnamon chips near the entrances to protect a home.

Love Spells: Place the oil or chips in any sachet to aid in attracting love.

Lust Spells: place a couple of drops of diluted oil to aid in inspiring lust

Cinnamon Chips is a natural aphrodesiac, which makes it a great herb to be placing in spelljars, Lust Baths, or to burn during a spell or ritual. There ar multiple luck and prosperity spells that Cinnamon Chips can be used in, it is said that using Cinnamon in any form as an incense will increase protective vibrations.

For anyone building or moving, Cinnamon Chips is something to use as it is an ingredient in some santifying spells and rituals.

In Eastern Temples Cinnamon Chips are burned as spiritual offerings. Historically Cinnamon Chips have been used by multiple customs for various purposes. Hebrews used cinnamon oil in their Holy Oil. The Egyptians used Cinnamon Oil during the mummification process. The Romans would use Cinnamon in wreaths to adorn and decorate the Temples.

While Hoodoo is a closed practice, some of the spellworkings and herb useage has been passed along. One such practice from the Hoodoo teachings is a wash that is used before engaging in any gambling or matters of Luck which uses Cinnamon Chips, Chamomile, Calendula,Coriopsis, Alfalfa, Irish Moss and Allspice Berries.