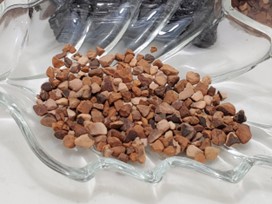 The kola nut is a caffeine-containing nut of evergreen trees of the genus Cola, primarily of the species Cola acuminata and Cola nitida. Cola acuminata, an evergreen tree about 20 meters in height, has long, ovoid leaves pointed at both ends with a leathery texture. The trees have yellow flowers with purple spots and star-shaped fruit. Inside the fruit, about a dozen round or square seeds develop in a white seed shell. The nut’s aroma is sweet and rose-like. The first taste is bitter, but it sweetens upon chewing. The nut can be boiled to extract the caffeine.

A lot of the original concepts of sex magic came from earlier Hindu traditions of Tantra. Tantrics believe sex contains energy that can change the physical world.

Psychosexual energy is the key component behind contemporary western magic. It is the strongest emotion available that can be disciplined; it is the basis of Tantra. The path of using this psychosexual power starts by acknowledging and then overcoming obstructive sexual preconceptions.

Kola nuts are an essential element of the traditional spiritual practice of culture and religion in West Africa, particularly Niger, Nigeria, Sierra Leone, and Liberia. Kola nuts are used as religious objects, sacred offerings during prayers, ancestor worship, and significant life events, such as naming ceremonies, weddings, and funerals. They are used in the traditional divination system called Obi divination. During this practice, kola nuts are divided into four lobes. Then cast upon a special wooden board, the patterns are read by the diviner.

The Kola Nut was actually an original ingredient in the recipe of Coca Cola before they switched to the modern recipe using artificial ingredients. There are a few items that are still made using the Kola Nut such as Kola Cocao or Kola-Wine.