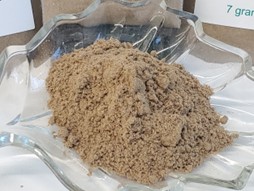 Since ancient times, Mullein leaf and Mullein Leaf Powder has been used medicinally, and its use and popularity only seem to be increasing as time goes on. The leaves, flowers, and roots of the mullein plant are used medicinally to treat various inflammatory diseases, diarrhea, asthma, coughs, and other lung-related ailments.

One of the uses for Mullein according to some Light Workers is to protect Healers from illness and assist the healing energies. Mullein Leaf Powder would be a great addition for Light Workers to add to a protection sachet.