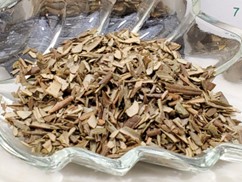 The olives are harvested in the green-to-purple stage, and they are more fully fleshed in orchards than in the wild. The seed of the olive is commonly referred to as the pit, and in Britain, it's called a stone. Researchers believe that the olive tree had its origin approximately 6,000–7,000 years ago in the region corresponding to ancient Persia and Mesopotamia.

The Olive Leaf was used in the practice calling on Athena to aid a person with the difficulties in life. Olive Leaf has been used in a practice of spreading the leaves around a room to spread a sense of peace. During anceint Greek weddings in Athens, the Athenian bride would wear a crown of Olive Leaf to enhance her fertility. Olive Leaf and branches were hung over doors to protect against negative energies and entities and on the chimney to ward away lightning strikes.