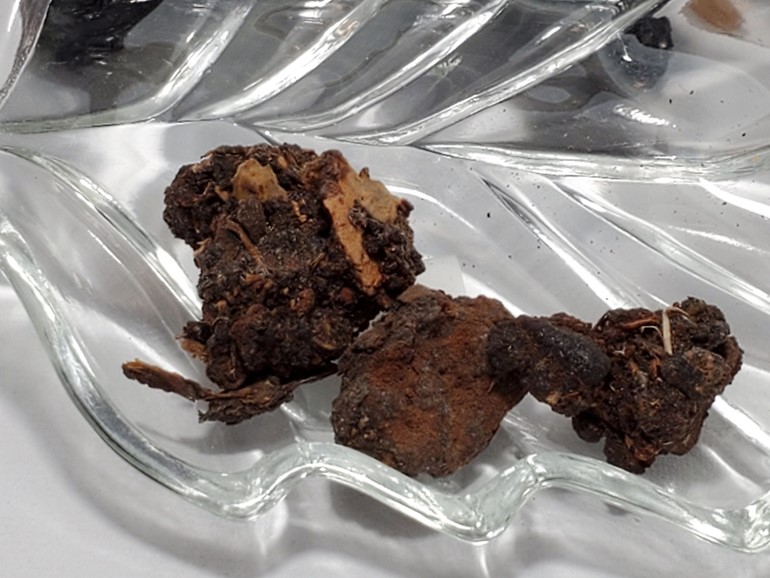 Myrrh has many uses from various cultures all over the modern and ancient world.

Myrrh is used in fumigation rituals and anointing oils for many different religions. Myrrh oil is used for purification and preparation for the ritual; it is also burned for purification, exorcisms, protection, and healing and is commonly used in ancient funeral rites, connecting the dead and the underworld.

Myrrh gum/resin is an excellent offering for working with many old-world deities like Ra, Isis, Adonis, Leto, Nereus, Poseidon, Latona, and Protogonos, to name a few. It resonates with the energies of Mars.

Myrrh oil and incense have been used for respiratory, digestive health, encouraging tranquility and serenity. The fragrance aids in coping with extreme feelings of loss and healing the body, mind, and spirit after the devastation.

It is also used topically for hemorrhoids, bedsores, wounds, abrasions, and boils. In foods and beverages, Myrrh is used as a flavoring component. In manufacturing, Myrrh is used as a fragrance, incense, and fixative in cosmetics. Interestingly it is also used in the embalming process because it slows the decaying process. Myrrh can decrease swelling; inflammation, and it kills bacteria.

Myrrh has long been used to aid with indigestion, ulcers, coughs, colds, asthma, congestion in the lungs, pain from arthritis, cancer, leprosy, spasms, and even syphilis. It was even used to help stimulate and increase menstrual flow, so it is not recommended for pregnant women or even think they may.

Myrrh can be applied directly to sores in the mouth, swelling or inflamed gums (gingivitis), loose teeth, canker sores, bad breath, and chapped lips. It has been used to treat hemorrhoids, bedsores, boils, abrasions, and wounds.

Myrrh helps to combat pain such as headaches, joint and back pain. It contains a compound that interacts with opioid receptors to tell the brain that the body is not in pain. It also blocks the production of the chemicals that lead to inflammation, pain, and swelling. In a study, people prone to headaches took supplements containing Myrrh compounds; their pain was reduced by 2/3 in a six-month study.

Myrrh contains a compound that fights oxidative damage. It helps combat free radicals that contribute to aging and diseases. In one study, it was found to be more effective than vitamin E.

Trichomoniasis, a sexually transmitted disease, and giardiasis, an intestinal illness found in the US, have been treated with Mirazid made from Myrrh Resin and its oil. In a preliminary study for the treatment of Trichomoniasis, about 85% of women were cured of the infection. Animal studies have shown it to be an effective treatment for giardiasis. Some research has indicated that it may also be an effective substance to fight Fasciola Gigantia, a cause of liver and bile duct disease. There are many more uses for Myrrh in the medical field.